The pitfalls of automated Chinese-English translation

I've talked about issues related to simplified and traditional Chinese before, but the Ritter's Life blog brings up an issue I hadn't considered: Bad words cropping up in the English translations of otherwise mundane simplified Chinese phrases:

In "Gan: whodunnit, and how, and why?" (5/31/2006), I explained one of the sources of this phenomenon: several Chinese characters pronounced GAN1 or GAN4 -- and meaning such widely disparate things as "dry," "calendrical sign," "to do," and much else beside -- all got collapsed into one simplified character: 干. This has led to enormous confusion, especially when people who know next to no English rely on machine translation software to convert Chinese into English. The chaos caused by this combination of circumstances is vastly exacerbated by the fact that this little, three-stroke symbol also has a vulgar meaning when pronounced in the fourth tone ... 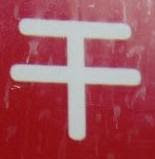 The "vulgar word" begins with an F and ends with a K, and has led to some bizarre signage in restaurants and department stores all over China, says Ritter. The Chinese in one example shown on his blog is a listing for fried cabbage with dried shrimps, but the English translation is quite twisted. There are many other examples (with photos) on the blog, and Ritter and his readers have actually identified the Chinese software programs that are likely responsible for the messed-up translations.

You may laugh when you see the signs, but this simple three-stroke character (see inset photo) has probably sunk more than a few international business deals when used incorrectly in translated correspondence or email.